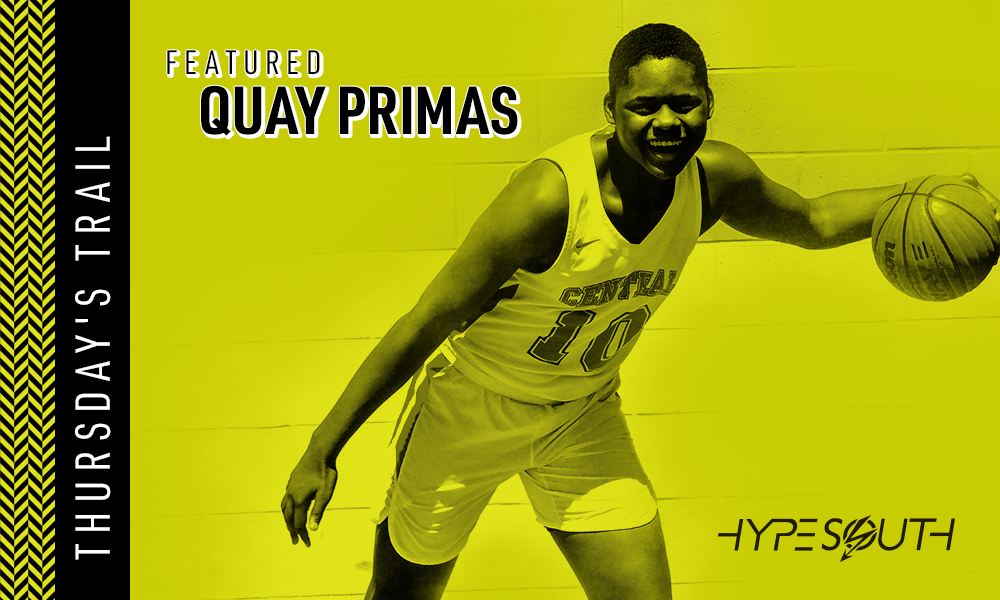 In the first edition of our Thurday’s Trail column we dig into Central-Macon (GA) big-man Quay Primas’ recruitment. The 6-foot-6 lefty produced at a steady rate during spring and summer evaluations and quickly became a topic of discussion in coaching circles. His old school back-to-the-basket game piqued the curiosity of a couple low to mid level programs.

Primas, a consensus 2018-19 Georgia High School Association All-State selection and reigning Region 4-AAA Player of the Year, will look to duplicate his effort from a year ago. His low post acumen coupled with an expanded arsenal free throw line extended has his name buzzing on the trail.

“Coming into the summer I had no offers and a little interest, but that changed after the April Live Period. A lot of coaches have been contacting me ever since the On the Radar Sweet 16 and it’s a great feeling, but I have to keep working hard on and off the court.”

Primas received an offer from Presbyterian in June and has fall visits setup with Appalachian State (September 7th) and North Carolina A&T (October 26th). He also mentioned that Elon, Florida Gulf Coast, Georgia State, Mercer, and Samford have been in contact.

To this point, he’s only taken a visit to Mercer.