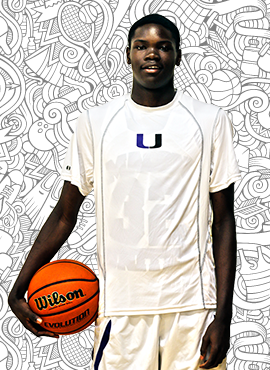 Courtney Green is a freshman at Rutland-Macon (GA) High School. He was a three-year starter for Rutland Middle School, where he posted career averages of 14ppg 10.6rpg 2.3bpg and was named “Best Defensive” as an eighth grader. In addition, he was selected to the 2016 Middle Georgia Boarder Wars All-Star Classic. Green is expected to see significant playing time early in his high school career.

The 6-foot-3 defensive stud is a third year member of the HypeSouth Elite (formerly Macon-United) AAU Basketball program. He has provided the program with a presence on the boards & defensive interior. Green still has some growing to do and will be an integral part of Hypesouth’s future success.

Meet the Best of the Rest: Hypesouth Elite AAU