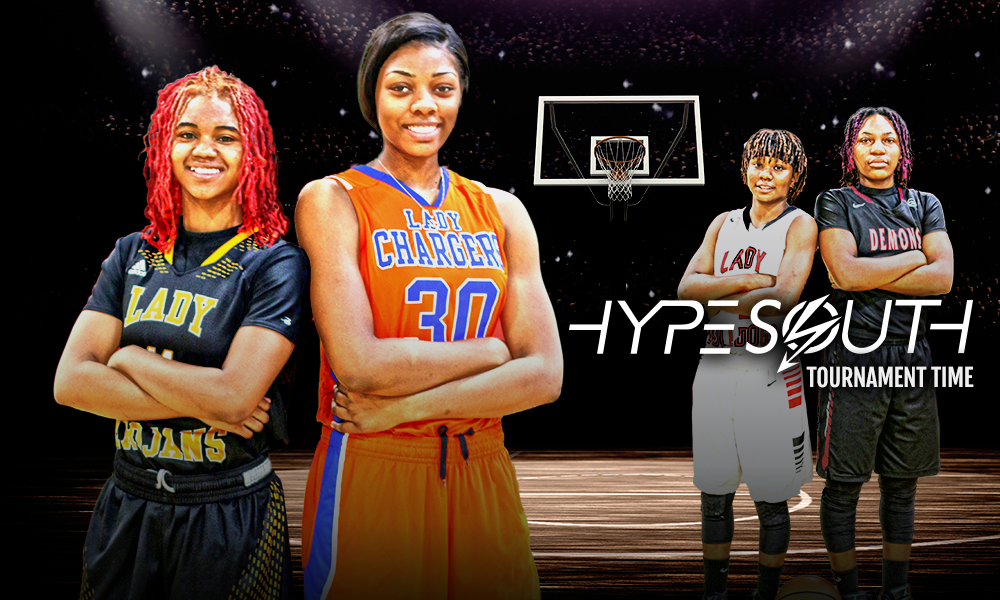 As the 2016-17 GHSA State Playoffs get set to kickoff in the state of Georgia on February 17, 2017, there are several key players from the mid-state area that are ready to make a splash and help lead their teams on runs at state titles. With much of the media coverage and attention centered on the talent pool of girl players in the northern region of the state, Hypesouth takes a look at a couple of standouts from Middle Georgia that are looking to turn heads and become household names.

(Pictured above, front-left) Almond is an all-around talent that only knows one way to play, HARD! She has a motor that won’t stop and possesses both the speed and athleticism that makes her a tough cover for just about any opposing defender in the state. In addition, she has a very tight handle on the ball, great court vision, and rebounds well from the guard position. The 5-foot-9 junior led the way for the Lady Trojans during the 2016-17 season and was named Region 4-AAA Player of the Year. Peach County finished the regular season at 22-4 and earned a state playoff berth after finishing as the No.2 seed in the region tournament.

(Pictured above, front-right) Clowers surprised many in the Middle Georgia area with her development over a one year span. This season she nearly tripled her season averages from a year ago. She is arguably the best interior defender and rebounder in the entire state. The 6-foot-2 forward is a very long and rangy player that is super active around the rim on both ends of the court. In fact, she helped lift the Central-Macon Lady Chargers to a Region 4-AAA Championship (47-46) over Peach County after sinking an offensive put back layup as time expired. In addition to powering her team to a region championship, she was selected 1st Team All-Region.

Prior to the season, Clowers was one of Georgia’s best kept secrets on the girl’s side. However, as the season progressed and she consistently put up big performances, coaches began to take notice of her unique abilities. At the time being, Clowers does not have an official offer, but she has seen a substantial uptick in her recruitment and is receiving major interest from several mid-major programs. Expect offers to start pouring in very soon for the talented post player out of Macon, Ga.

(Pictured above, back-right) Holmes is a very physical player that can shoot the cover off of the ball from the mid-range area as well as beyond the arc. The 5-foot-9 combo guard shot the 3-ball at a 37% clip this season. She also brings a high motor and competitive edge with her and is cool, calm, and collected in crunch time. The talented senior earned Region 1-AAAAA Player of the Year honors and helped lead the Warner Robins Demonettes to a 23-1 regular season. In addition, the Demonettes earned a state playoff berth after winning the region championship 56-51 over Bainbridge.

(Pictured above, back-left) Larry is an ultra-talented scorer that can get hot at the drop of a dime. She is undoubtedly the sparkplug that gets Macon County going. The 5-foot-5 point guard had several 40-point outbursts during the 2016-17 season and was a centerpiece in the Lady Bulldogs’ 17-7 regular season finish. Following the regular season, Macon County earned a state playoff berth after finishing in the top four teams in the Region 4-A tournament.

At this point, Larry is receiving low major college interest, but after a having a breakout season expect offers to start coming in at a high rate between now and next season. 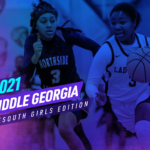