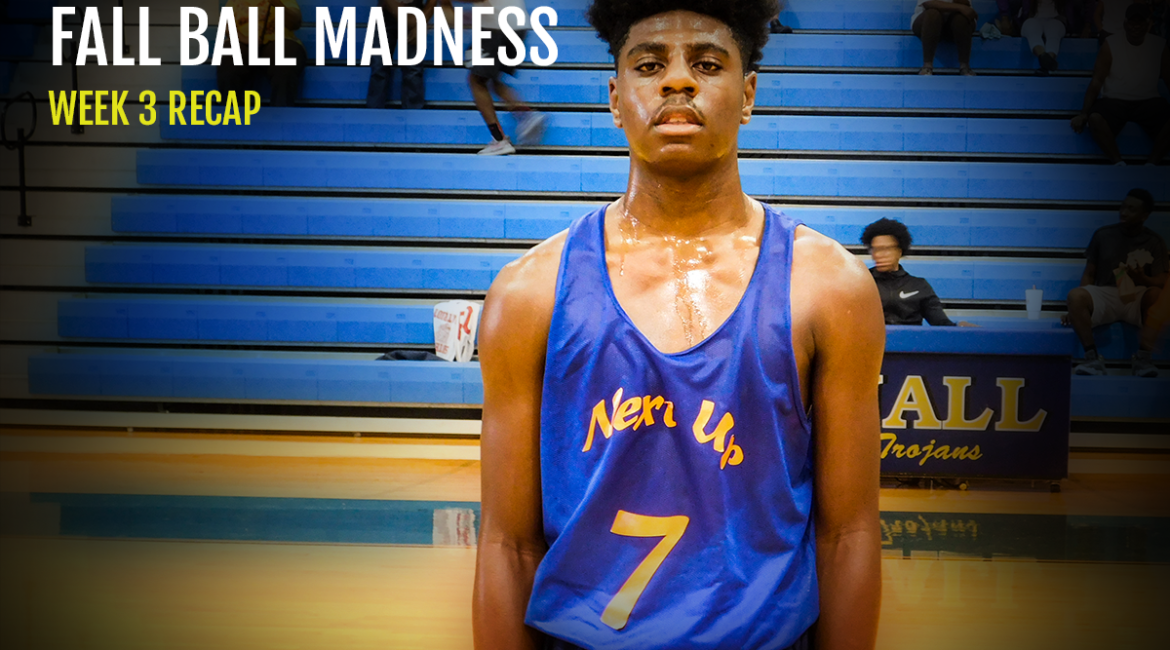 Weeks three & four of Middle Georgia Basketball Academy’s Fall Madness League  provided some intriguing matchups featuring a couple top rated Middle-Georgia prospects, which prompted the Central Georgia Technical College coaching staff to make an appearance. As the weeks move along and the competition heats up Hypesouth Media will give you the rundown from the sideline.

Central-Macon cruised past Bostic Next Level in the opening game of week three. Harold Thompkins (pictured) made his presence felt with 12-points and six rebounds and Micah Womack added 8-points in the win for the Chargers. McCrae Ball had 10-points and Khalil Johnson tossed in eight for BNL.

Both teams were out of sink offensively for a large portion of the game, however, Howard found its rhythm late in the second half to pull away from Southwest-Macon. L. Pitts was the high-man with 10-points in the Husky win while D. Gordon led the way for the Patriots with six.

This game featured 4 players from our 2019 preseason top-25 player rankings and things got interesting to say the least. MGE seniors Darius Dunn (No.5)  and Ty’Ree Gilbert (No.14) did just enough to hold off Westside-Macon’s sophomore one-two punch Kowacie Reeves, Jr. (No.16) and Javian Mosley (No.22) who combined for 24-points in the loss. Everything considered, the veterans came out on top here, but the surging underclassmen certainly put everyone on notice.

Tattnall jumped out early and held a narrow lead at the midway point, but Kobe Sewell caught fire in the second half knocking down 5 trifectas, which helped lift MH Elite to a one point victory. Cam Cherry chipped in 11-points and five assists in the win. Jamil Stanley was solid for Tattnall finishing with 12-points and eight rebounds in the loss. Dee Morton (pictured-right) has been a model of consistency for Mary Persons through 4 weeks. The 6-foot-1 combo guard threw in 12-points as the Bulldogs outlasted the Patriots. TK Hopkins carried the load for Soutwest-Macon with a game-high 16-points.

Central-Macon rolled past Tattnall. Harold Thompkins had 10-points and three rebounds for the Chargers while Jamil Stanley led the Trojans with 12-points.

10:30am
Bostic Next Level vs Southwest High School