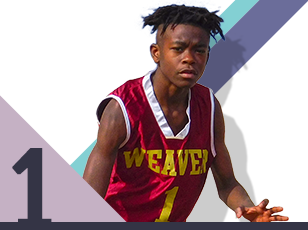 Reeves Jr. does a little bit of everything for Weaver Middle. Last season, he averaged a team leading 10.1 points per game for the Seminoles. He has an array of offensive skills and loads of potential, which have built a great deal of anticipation as he enters his final year of middle school competition. The 5-foot-8 shooting guard is a sniper from downtown and a decent defender. Expect Reeves Jr. to be the leader on an experienced Seminoles squad this season.

During the offseason, he showed a great deal of growth and development running with the Hypesouth Elite travel team. In fact, Reeves Jr. was an all-star selection at the 2016 Under Armour Best of the Best Combine Series (Top 140 Middle School Camp). Simply Put, if you have heard it, believe the HYPE on this kid. 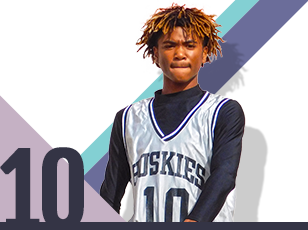 Jay is a long and rangy player with guard skills that will make him a mismatch on the perimeter for years to come. He has a nice handle on the ball as well as a good touch from behind the three point stripe. Defensively, the 6-foot-2 eighth grader uses his length and great instincts to overwhelm the opposition. With a couple of inches left in him to grow, Mosley is in line to be the next big guard from Macon, Ga. His measurables and versatility will undoubtedly be key components in his future success on the court. Entering his final season of middle school competition, expect the talented lefty to carry a heavy load for the Huskies.

In addition, Jay is a talented wide receiver on the football field and was an integral part of the 2016 City Championship (Macon, Ga) Howard Huskies squad. This kid is multi-talented and has a very high ceiling, so we envision him living up to the HYPE. 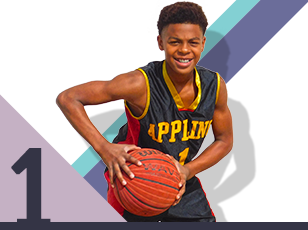 Last season, Solomon saw limited action on a loaded back-to-back championship winning Raiders squad. However, this season he will be the featured ball handler. At such a very young age, Solomon has a very high basketball-IQ and truly understands how to play the point guard position. Offensively, he picks his spots taking high percentage shots and utilizes his superb court vision and passing ability to get teammates involved. As he continues to develop and grow, the clever seventh grader has the potential to become the next premier player from the East Macon area. Coming into the 2016-17 season, Appling fans are HYPED up about their new floor general. 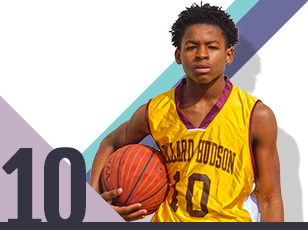 Clyde is another another two-sport stud that brings great leadership skills with him. The 5-foot-4 speedster known as “Mike Mike” is a lightning fast point guard that is HYPERACTIVE on defense. He picks up full court and continually hounds ball handlers forcing turnovers. Clyde’s game needs some polishing on offense, but his tenacious effort on the defensive end leads to easy buckets for him making up for his offensive deficiencies. The tough-nosed eighth grader will lead the way for Ballard this season. 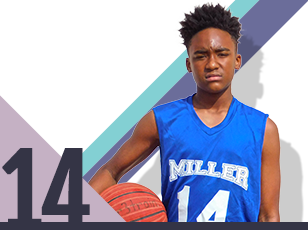 Over a one year span, this kid has probably progressed more than any middle school player in the city. He made huge strides in his overall development this summer running with the Georgia United 2022 travel squad. Zeek has grown a couple of inches as well as improved his jump shot. Given that he comes from a family with a rich athletic pedigree, it was just a matter of time before those natural genes started to kick in. The rising seventh grader appears to be in line to start for Miller this season and will definitely be one that HYPESOUTH monitors closely moving forward. 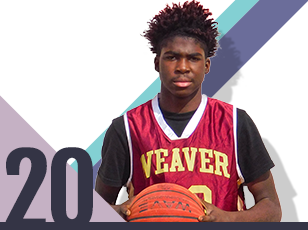 In just his second season of playing organized basketball, Clark has already grasped the concept of basketball and is one of the more intriguing players in the middle school division. The 6-foot-2 eighth grader is an athletic player that controls the boards and is a force on the defensive interior. Offensively, he is still developing, but is making steady progress everyday. After gaining valuable experience this summer with the Hypesouth Elite travel squad, the HYPE on Clark is sky high entering his final middle school campaign. Look for him to have a breakout season both offensively and defensively for the Seminoles. 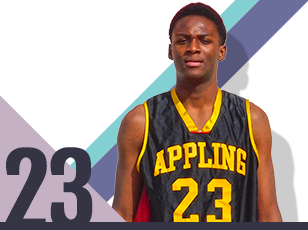 Watkins returns as an experienced player for Appling this season. He played key minutes during their
championship run last season. The lanky forward rebounds well and has decent offensive skills (14ppg & 9rpg). With Camrone Cherry moving on to high school, look for Watkins to be more of an offensive feature this season. The 6-foot-1 veteran already has two city championships under his belt and is HYPED about the opportunity to three-peat before he departs for high school. Watkins will serve as the vocal leader for a young Raiders squad this season. 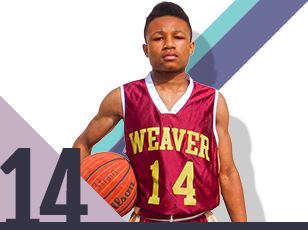 Terry is a fundamentally sound player that had a coming out party at the mid-season mark of last year. In his first start he scored a team high 17-points on 4 of 5 shooting from three point land. This season he will serve as the starting point guard for Weaver. Further, the 5-foot-4 guard is a bulldog on defense and is not fazed by big moments. When the game gets tight, Terry is cool, calm, and collected. If the fiesty eighth grader can become more consistent on the offensive end, HYPESOUTH believes that he could take the middle school division by storm this season. 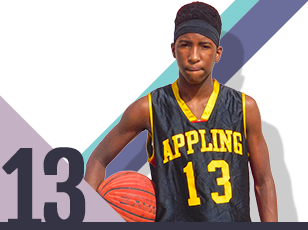 Pettigrew is a 6-foot seventh grader with good ball handling skills and rebounding ability. He played significant minutes as a sixth grader and will continue to be a key contributor for Appling moving forward. At this point, Pettigrew’s strong suit is his mid-range jumper. He can really heat up in a hurry from 15 feet on in. Given his experience and high ceiling, Coach Terrance Redmon is HYPED about his second year forward. Expect the skilled seventh grader to be more effective on offense and defense as his body continues to fill out.