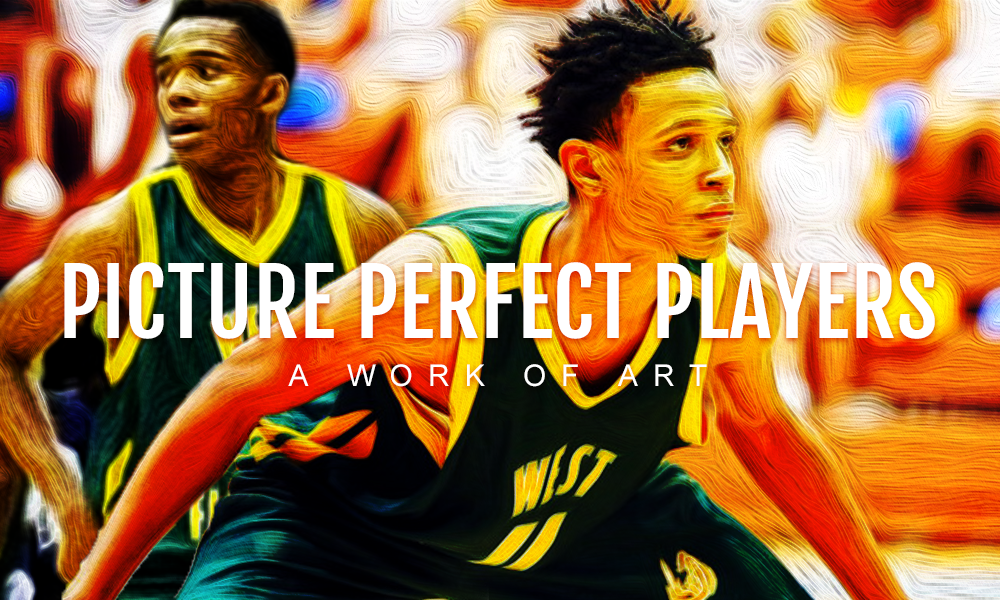 The last name Wright should ring a bell for those in the Middle Georgia area. Sharone Wright Jr. is the son of Macon, Ga native and former NBA lottery pick Sharone Wright Sr.

After being a virtually unknown player as a freshman at West Florence (SC), Wright Jr. turned himself into a HM D-1 prospect by the end of his sophomore year. He posted season averages of 14.8-points, 5-rebounds, 4-assists, and 2.4-steals. In addition, his continued maturation during the summer travel (Karolina Khaos) season has his name buzzing on the national scene. He is an agile long-armed defender that wreaks havoc on the defensive end. Given his measurables, athleticism, and unique skill set, the 6-foot-5, 175-pound point guard has drawn early comparisons to NBA greats, Anfernee Hardaway and Russell Westbrook. With a couple of inches left in him to grow, Wright Jr. enters his junior season as one of the more intriguing recruits in the country.

His running mate, Jalen Cameron is a low-major caliber prospect on the rise. He has been a model of consistency for the Knights in each of the past three seasons. Up to this point, the 6-foot-4 senior has posted career averages of 17.3 points, 6.4 rebounds and 2.2 steals per game. He is a high riser that gets to the basket effortlessly and finishes strong through contact. Like Wright Jr., Cameron also raised his stock this summer with his exceptional play. As a result, his name has started to be heavily mentioned in Mid-Major circles entering the season.

Cameron and Wright Jr. compliment one another perfectly. Both are two-way players that take pride in playing the game the right way. Look for this high-powered backcourt duo to lead the Knights on a deep playoff run in 2016-17.