Macon, GA- Ex-NBA player Sharone Wright’s Annual Adidas Skills Camp kicked off on May 29, 2017. This year the camp continued its trend of attracting some of the state of Georgia’s best talent. Hypesouth Media was on hand to evaluate the field for the invite only portion. Here is a look at some of the top performers from day one. 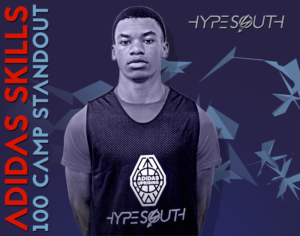 Americus-Sumter | ’18 Eric Hall is a very solid combo-guard from South Georgia. On day one, the 6-foot-2 rising senior displayed an array of offensive moves and demonstrated the ability to score at ease during scrimmages. Last school ball season, he averaged 11.8-points and 3.3-assists per game for Americus-Sumter and seems poised to have an even more productive 2017-18 campaign. All in all, we were impressed with Hall’s overall effort and offensive-minded approach.

First Presbyterian Day | ’18 Maurice Gordon is an under the radar player from the mid-state area. The 6-foot-6 forward grades out as a JUCO to low-major  caliber player that still has one year of high school eligibility left. Up to this point, he has had a solid travel season with the Middle Georgia Supersonics and is one that coaches will want to check in on during July’s live period. On day one of the Skills 100 Camp Gordon showed great athleticism and the ability to knock down the mid-range jumper, but what impressed the most was his one on one defensive ability. 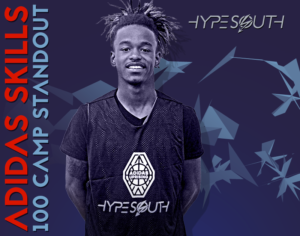 Manchester High School | ’18 Jah’Nile Hill is an absolute workhorse. The 5-foot-10 combo guard lives in the gym. He is a creative player that scores the ball in a variety of ways. Hill is no stranger to success and will be a nice fit for low-major programs looking for a crafty guard. The rising senior got to the basket at will and displayed his sneaky athleticism during scrimmages on day one of the Skills 100 Camp. 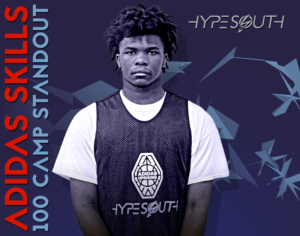 Warner Robins High School | ’18 Jalen Dawson is one of the smartest basketball players that I have seen in recent years. When watching him play it becomes quite obvious that he is a coach’s son as he shreds defenses with his precise decision making. The 6-foot-2 combo guard holds an offer from Columbus State University and is being courted by several other low-major programs. Dawson played with a great deal of poise and control on day one and used his big frame to absorb contact while finishing at the basket. With his high basketball-IQ and excellent 3.8 gpa, expect more offers to start pouring in for Dawson by summer’s end.

Upson- Lee High School | ’18 Tye Fagan (pictured) Simply put, this kid gets it! After leading his team to an undefeated 2016-17 (32-0) season en route to a GHSA Class AAAA State Championship as well as being one of the hottest names in Georgia, it was business as usual for the 6-foot-3 scoring guard on the first day of camp. Unlike many highly touted prospects nationwide that opt to skip local skills camps for higher profiled offseason events, Fagan stayed true to his roots and showed up ready to work. Right now, the 3-star prospect is ranked No.133 on rival.com’s top 150 list and holds offers from East Carolina, Georgia State, Mercer, Middle Tennessee State, South Florida, Troy, and UGA to name a few. 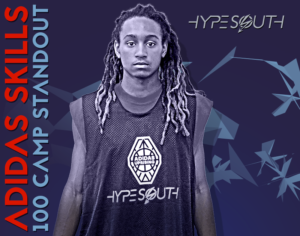 Northeast-Macon High School | ’19 Darius Dunn is a talented up and coming player in Georgia’s 2019 class. The 6-foot-2 guard has enjoyed two seasons of great individual success for the Raiders. However, the rising junior seems ready to take the next step in leading his team to the postseason. His game doesn’t pop off the screen, but he competes hard and consistently gets the job done on both ends of the floor. On day one, Dunn went through drill work at full speed and showed off his much improved jumpshot during scrimmages. He showed the ability to hit spot up jumpers as well as shoot off the dribble. At the time being, he has interest from Georgia Southern and Tennessee Tech. 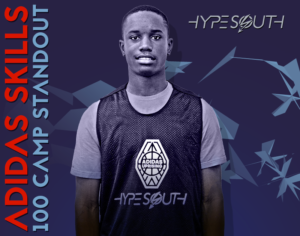 Jones County High School | ’20 Bryson Wooten continues his ascension. The rising sophomore is having a breakout summer and is one that coaches and evaluators should make note of. That trend continued on the first day of camp as Wooten shined during scrimmages getting into the lane and setting teammates up with crisp passes. At 6-foot-1, he has nice size and a great pace to his game from the point guard position. At this point, Wooten is virtually unknown around the state, but keep an eye out on him moving forward. 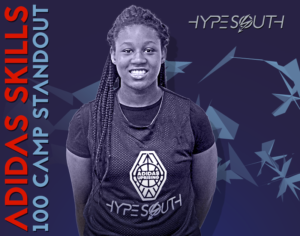 Southwest-Macon High School | ’20 Avrie Grayer is a fundamentally sound post player that has the ability to step out and effectively knock down the 15-footer. During scrimmages she held her own against some of the more seasoned players on hand and her attention to detail was impressive. As she continues in her development, expect the multi-talented forward to become a household name in the Middle Georgia area. 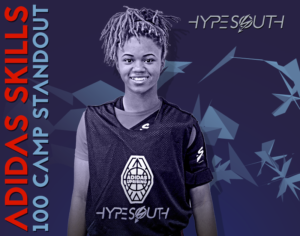 Peach County High School | ’18 Daishai Almond is the true definition of a gym rat. When the gymnasium doors open “Dai Dai” is there. Almond is a mid-major caliber player that has a high motor. She is one of the best players in the state and currently holds offers from the College of Charleston, East Carolina, Mercer, Western Kentucky, and UL-Monroe among others. She stood out on day one with her competitiveness on both ends. Offensively she pushed the issue in transition getting to the basket. On the defensive end, she really got up into opponents forcing turnovers. Although Almond grades out as a mid-major prospect, she may turn the heads of some high major programs if she continues to expand her game between now and next season. 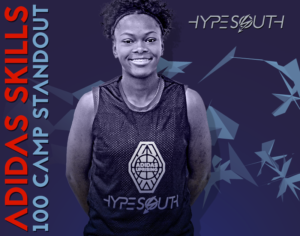 Central-Macon High School | ’18 Tyleia Williams is a talented offensive player that is at her best in the mid-range area. She was the leading scorer (14.2ppg) for the Lady Chargers this past season. Williams is a JUCO to low-major prospect that has loads of potential, but where she ends up will depend on how hard she works to fix a couple of weaknesses in her game. The 5-foot-7 guard will spend this offseason working on her ball handling and improving her 3-ball. On day one of the camp, she got to her sweet spots and consistently knocked down several mid-range jumpers. Expect Williams to have another huge season for Central-Macon next year.

Westside-Macon High School | ’18 Naiara Dawson showed the ability to shoot it at a high clip from downtown. The rising senior connected on several deep 3-pointers during scrimmages. Dawson needs to focus on improving her quickness and ball handling this offseason. If the sweet shooting two-guard can improve in these areas, she will immediately become an intriguing prospect for low-major programs.

Mt. de Sales Academy | ’18 Melia Cunningham played with control and ran her team superbly. She is not a high volume shooter and does all of the small things that do not show up in the stat book. Moving forward, Cunningham can stand to become a little more offensive minded; however, she will always be a valuable asset because of the intangibles she brings with her.

Rutland High School | ’18 Jada Brown displayed a nice in-between game that was impressive to watch. She continually got into the lane shooting floaters and hit teammates in stride for wide open shots. Brown is one of the most improved players in the area and is poised to continue in her progression moving forward. Expect this multi-sport athlete to have a breakout season for the Lady Hurricanes in her prep finale. 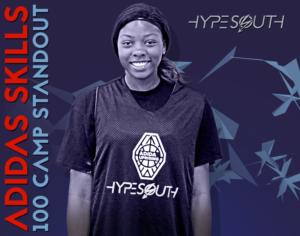 Central-Macon High School | ’18 Jada Clowers is listed at 6-foot-1, but looks to be more close to six-two. The long-armed post showed the ability to rebound and block shots at a high rate; however, she still looks to be a bit raw on the offensive side of the ball. In order for her to ascend to the next level, she must polish her offensive skills. Last season, Clowers helped lift the Lady Chargers to their first ever region championship and was named team  MVP. At the time being, she has received minimal interest from Georgia College and UNC-Greensboro. However, expect her recruitment to pick up over the next couple of months as she is primed to finish her high school career with a bang.

Central-Macon High School | ’18 JeNya Wilder is a throwback player that has some junk yard dog in her. The feisty combo guard is relentless on defense and hits the boards hard. Last season, Wilder was Central’s most versatile player averaging 12-points, 9-rebounds, and 5-steals per game while posting two triple-doubles. During day one of the Skills 100 Camp, her versatility was on full display as she scored, rebounded, blocked shots, and assisted to teammates during open run. Wilder will more than likely end up signing with a JUCO or low-major program.

Central-Macon High School | ’18 NaKaiya Green is playing her way back into shape as she is coming off an ACL injury. In spite of that, the 5-foot-10 post player showed nice touch in the mid-post area. She has a really soft touch on the ball and can become a very effective stretch four if she puts her mind to it. Right now, the jury is still out on Greene, but if she is able to come back at full strength, she will be an intriguing prospect on the recruiting trail.