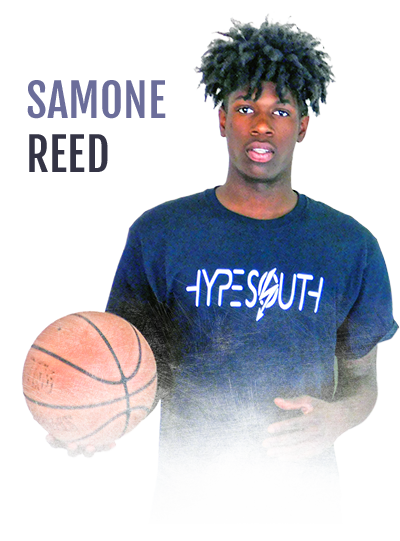 Three seasons ago, Samone Reed joined the Westside-Macon (GA) basketball team as a fearless wide-eyed freshman. However, he was forced to sit behind a talented crop of guards early on. After waiting his turn, the 5-foot-11 point guard had a coming out party in 2015-16, where he averaged 11.4-points, 3.8-assists and 2-steals per game en route to being selected to the All-City & All-Middle Georgia teams.

Reed would easily be the best player on most GHSA teams, but he has settled in as the third or fourth option on a loaded Seminoles squad. He will more than likely fly under the radar this season playing alongside the likes of 5-star phenom, Khavon Moore, and 6-foot-10 transfer, Kentrevious Jones. While it will be the highly recruited duo of Moore & Jones that get all of the headlines, the senior leadership of Reed could ultimately be the deciding factor in Westside’s title hopes. He is certainly worth keeping tabs on moving forward.

The high-energy guard has started to see his recruitment pick up as a result of some above average showings during preseason workouts. Jacksonville University has followed up on Reed during the early rounds of the contact period. With a big schedule on tap this season, look for read to burst onto the recruiting scene in a major way.