Mystery Prospect on the Rise 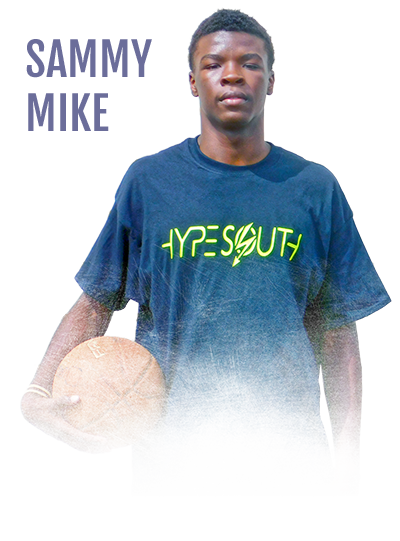 Currently, Sammy Mike isn’t a name that rings a bell for many GHSA basketball followers, but he is slowly starting gain steam leading up to the season. The long-bodied sophomore is a compelling prospect who doesn’t quite have an identity on the court right now. In spite of not having a definite position, he wowed spectators all summer long on the travel circuit with his uncanny feel for the game. Mike has great potential, but is still a bit raw and will have to do some polishing to his game in order to ascend to the next level. Nevertheless, the 6-foot-9 project will continue to be a key piece for the Northside Eagles (GA).

Foreseeing the finished product, Georgia Tech is showing very strong interest. The Yellow Jackets got in really hard on him during his freshman season and have continued to follow-up in their recruitment. In addition, UConn and UGA have also started to take notice of his high ceiling. Look for interest to really heat up as he continues to develop.

With the 2016-17 prep basketball season upon us, the jury is still out on Mike, which definitely makes him an interesting player to monitor moving forward.