Owens Ready to Lead Demons in Rematch Against Perry Two weeks ago, Perry held off Warner Robins 57-53 in a back and forth contest. Jacori Burks led the way for the Panthers with 18 points, 3 rebounds, and 3 assists, while Damien Bagley chipped in 10 points, 11 rebounds, and 3 steals.  After stumbling out of the gates with a loss to Bleckley County, Perry has won nine straight games and are currently ranked No. 7 in the GHSA Class 4A division. 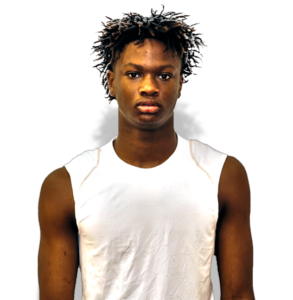 On the other side, Warner Robins is ranked No. 10 in Class 5A and have revenge on their minds going into Friday nights rivalry game versus Perry. The Demons are led by a talented duo in Nelson Phillips and Jacolbey Owens. Through six games, Phillips is leading the team in scoring at 15.9ppg and Owens is adding 12.4ppg.

When asked about the team’s approach heading into Friday’s matchup, Owens explained, “We’re ready, we just have to play together and execute our game plan. We feel that we let one slip away in the first meeting. I have to be more aggressive on both ends as well as be a better leader this time around.”

The fearless guard is a player on the rise in the GHSA and schools have began to take notice. Several low-major programs have inquired and continued to follow up on the 5-foot-11 junior. Owens had a very productive summer on the travel circuit and an even better fall at showcase events, which created a huge buzz for him going into the 2016-17 season.

RELATED: Hoopseen Best of the South Top 16u Performers