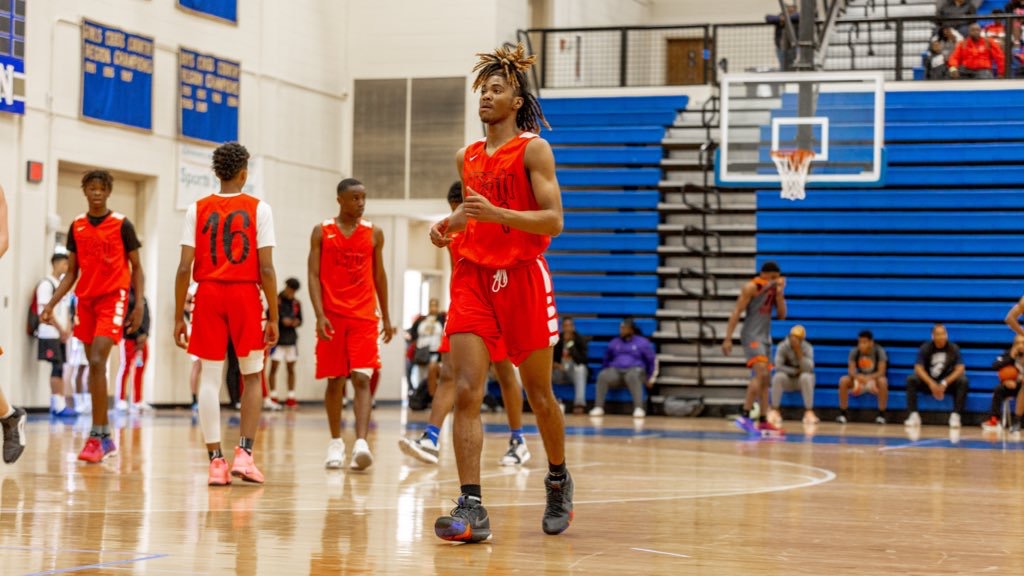 The 2019 Spring Evaluation Period gets underway this weekend across the country and the state of Georgia will be a premier destination. Every year, coaches from all levels flock to Atlanta in pursuit of program changing prospects. Below, we breakdown a couple independent mid-state teams and players to track.

Team Georgia Magic is consistently one of the top producing independent squads from the Peach State. In years past, TGM alums Devin Butts (Mississippi State), Tye Fagan (UGA), and Cam Holden (Gulf Coast State) to name a few were priority prospects at On the Radar’s Sweet 16 Showcase and this year will be no different. Four-star Kowacie Reeves Jr. is on many radars heading into the weekend. He had a breakout school ball season and has been on a tear during early session pre-live period travel tournaments. The 6-foot-5 wing was offered by Florida last May and recently received offers from Georgia and Xavier. Javian Mosley was an all-state performer this high school season and is teetering on picking up offers at any moment. The 6-foot-4 lefty has heard from Charlotte, Georgia Southern, and Penn State and is looking to solidify himself in coaching circles. Quay Primas made waves this season as well piquing the interest of several low-major programs. The 6-foot-6 big man is methodical in the painted area and his capacity free-throw line extended is noteworthy. Rising seniors Antonio Card and Bryson Wooten are also starting to gain steam. Coaches looking to get an early jump on future prospects need to monitor this team.

Warner Robins is a well-oiled machine that pumps out next level hoopers at a high-rate. Nelson Phillips (Georgia State) and Jacolbey Owens (Gulf Coast State) jumpstarted their recruitments at the Sweet 16 Showcase. This year, we look forward to watching Keshun Houser’s above the rim acrobatics, defensive tenacity, and junkyard dog mentality. The 6-foot rising senior is an under the radar prospect on the brink of breaking out. Unsigned seniors Shamar Rouse and Trevon Williams are intriguing players that can bring value to lower levels looking to put the finishing touches on their 2019 class. TJ Morgan and Tre Grane are other notable players to stash in your notepads. Schools looking for good system guys might want track the All-Stars this weekend.

The Bucks have gained traction going into the evaluation period. Buzzing in local conversations, Cam Cherry is a must see. At 6-foot-5, 175-pounds he has good measurables and the game to match. A couple schools have already committed to watching the class of 2020 south-paw wing at Hoopseen’s Atlanta Jam. Teammate Christian Lamar is scoring guard that plays with a chip and brings some swagger with him. All things considered, he could end up with some minimal interest by weekend’s end. Jarden Maze won’t pop off the screen at first glance, but upon further evaluation you will see his value. I’d highly recommend non division-1 programs to sniff around at this high-IQ floor general.