Throughout her high school career, Peach County standout Daishai Almond saw her fair share of peaks and valleys. She’d done everything from winning region player of the year honors to being an all-state selection to leading her squad on deep playoff runs. However, she also battled adversity and no year was more difficult for the Southern Mississippi signee than her final campaign.

On July 25, 2017, Almond tore her ACL during the championship game at the Battle of the Bayou travel tournament in New Orleans, Louisiana. The injury caused her to lose scholarship offers and abruptly ended her prep basketball career.

Prior to the 2017-18 school ball season, the 5-foot-9 shining star from Athens, Georgia writes about her high school journey:

As I sit here the night before the opening game of my senior year… [tears flowing], I can’t fathom the fact I won’t be suiting up going to war with my teammates this season, so I’m just reminiscing on my career right now… follow me. Transferring schools (Cedar Shoals to Lamar County) to begin my sophomore year was a big move given I had all my friends and family back home. Moving from Athens, Georgia, somewhere I’d lived my whole life had a big impact on me, but moving ultimately helped me grow as a person. When I first arrived in Lamar County it was really tough. There were people from back home telling me I should have never moved, how I’d let them down etc. It was so overwhelming because I was coming off a severe shoulder injury at the same time, but the gym became my safe place, my refuge. I lived in the gym. Nevertheless, at times I still didn’t understand, questioned the move and thought the worst, but as each day passed I ended up progressing, getting stronger mentally & physically, and challenging myself to become a leader. After going through that first season at Lamar, I realized that my parents made the best move for our family.

Everything was going great at Lamar, then all of a sudden a better opportunity presented itself to my family so I had to transfer again, this time from Lamar County to Peach County. I was mentally prepared for the change to Peach County High School my eleventh grade year because I’d been through it before and knew what to expect. I understood what I had to bring to the table, I knew the talent on Peach County’s roster would definitely give us an opportunity to go far. I won region player of the year and we finished the season as the No.1 seed going undefeated in region play, but we ended up losing a heartbreaker in the region championship at the buzzer to Central-Macon. The loss was devastating, but it only made us work harder and prepare for state playoffs where we advanced to the Elite Eight.

After the season ended, I immediately started to train for my last AAU travel ball season. I was determined to make it my best. I played my heart out in every tournament. I picked up offers from a lot of mid-major schools, Georgia Tech had started to get heavily involved in my recruitment, and Louisville, my dream school, even came to watch me at our very last tournament (Battle of the Bayou), but sadly I ended up tearing my ACL in that game. Needless to say, some schools started to back off and pull their offers. I felt like I’d lost everything. I just couldn’t understand why this was happening to me, but I tried to remain positive. As each day passed, the thoughts of uncertainty started to get the best of me, but Coach McNelis stayed in touch and reassured me that Southern Mississippi would stay true to their offer, so that meant a lot to me and really was the deciding factor in my commitment to them last week.

Before I put this pen down, I want to put on paper that God is the best thing in my life and he makes no mistakes. Also, I want to thank my parents for their support and everything they’ve done for me, I just love them to pieces!

Dashai Almond missed the entire regular season, but was able to dress out and celebrate with her Peach County squad as they reclaimed the Region 4AAA Championship with a sweet revenge 37-36 buzzer beater victory over rival Central-Macon. Further, the Lady Trojans once again reached Elite Eight.

Hypesouth Media looks forward to following Almond’s career at Southern Mississippi and wishes her the best of luck! 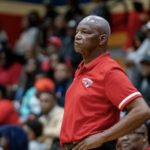