Hypesouth Hometown Heroes is a section highlighting the academic, athletic, and professional achievements of past student-athletes from Macon-Middle Georgia and surrounding areas. The idea is to educate, inform, and share the success stories of those who paved the way. Further, the hope is that today’s student-athletes will become inspired to pursue their dreams as a result. Simply put, see it, believe it, and achieve it!

Williams is a Northeast-Macon (GA) graduate. He starred for Oklahoma St. University in the late 1980’s & early 90’s.

The 6-foot-2 guard enjoyed a six year NBA career and was a part of the 1992-93 Chicago Bulls championship team. Nixon is a Southwest-Macon (GA) graduate. He played four years at Duquesne University. During his time at Duquesne, he was named to the All-Eastern Eight Conference Team and finished as the all-time leader in assists. He posted career averages of 17.2-points, 5.5-assists, and 4-rebounds per game. Coleman is a Southwest-Macon (GA) graduate, where she was a standout hoopster in the mid 1990’s. Following high school, she went on to enjoy an illustrious career at Florida State University. During her tenure at FSU, Coleman earned 1996-97 All-ACC Freshman Team and 1997-98 All-ACC Second Team honors. She finished her career with a 15.7-points per game average and 5th all-time on the scoring list (1,428). Further, she averaged 6.9-rebounds per game during her FSU career and finished 10th on the all-time rebounding list (603).

In 2000, Coleman was selected by the Houston Comets in the third round (pick No. 48) of the WNBA draft. In addition, she also enjoyed
professional stints overseas with Austria and Portugal.

Grant is a Central-Macon (GA) graduate. He was a four year (1991-95) basketball standout at Mississippi State University. In 1995, He was named to the All-SEC team and helped the Bulldogs reach the NCAA Sweet 16.

Grant played professionally for the USBL and in Europe. During his tenure overseas, he was named Eurobasket All-Finnish League Import Player of the year three-times as well as won a championship.

Post playing career, Marcus spent six years as an assistant coach at Mississippi State. Currently, he is in his fourth season at Troy University, where he is Associate Head Coach. 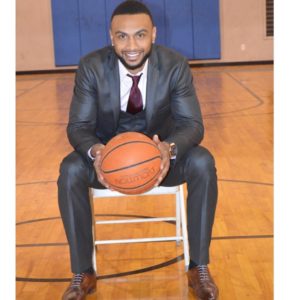 Fitch is a Westside-Macon (GA) graduate. He was a four year starter at the University of Kentucky (2000-04). During his time at UK, he was selected to the SEC All-Freshman team in 2000-01 and named SEC Tournament MVP his senior season after defeating Florida 89-73 in the conference tourney championship game. Further, Fitch posted career averages of 10.9-points, 4.2-rebounds, and 1.2-steals per game. 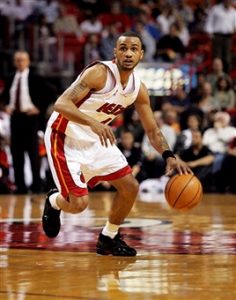 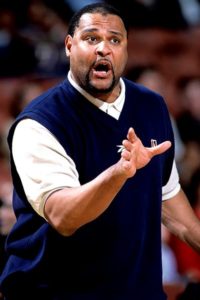 Malone is a Southwest-Macon (GA) graduate. He was a standout player on the Patriots’ 1979 National Championship squad. Post high school, Malone starred four years at Mississippi State University. He is the school’s all-time leading scorer and was inducted into their Hall of Fame in 2011.

Malone was selected No. 10 overall in the first round of the 1983 NBA Draft by the Washington Bullets. He also enjoyed successful stints with the Utah Jazz, Philadelphia 76ers, and Miami Heat. During his thirteen year NBA career, he averaged 19-points per game and was a two time all-star selectee. 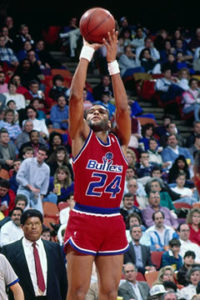 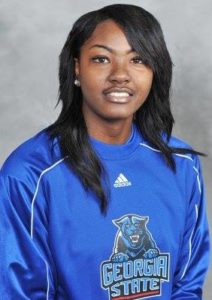 Harris is a Northeast-Macon (GA) graduate. After high school she starred at Georgia State University. She was selected All-CAA Third Team as a junior and finished her collegiate career with 137 blocks and 26 double-doubles, which rank second & fourth all time respectively in school history.

Harris is currently in her fifth season playing professionally overseas. She has enjoyed successful playing stints in Finland, Poland, and Sweden, but is still working towards fulfilling her dream of making it to the WNBA. 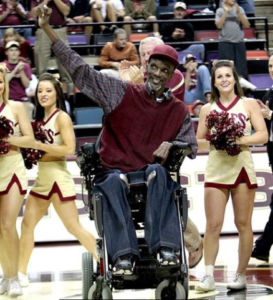 Boyd is a Southwest-Macon (GA) graduate. He was a four-year letterman (1988-1991) at Florida State University. The 6-foot-6 swingman averaged 11.8-points per game as a senior helping the Seminoles capture the Metro Conference Championship and clinch a spot in the 1991 NCAA tournament.

In 1995, Boyd suffered a severe neck injury that left him paralyzed. Every year Florida State plays an annual exhibition game with all proceeds going to the Aubry Boyd Foundation. In addition, an annual Aubry Boyd Basketball Tournament is held every July in his native Macon, Georgia to help raise money for his foundation. For more information on donating or contacting Boyd, please reach out to Eric Jackson at 478- 228.1148. 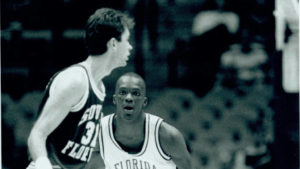