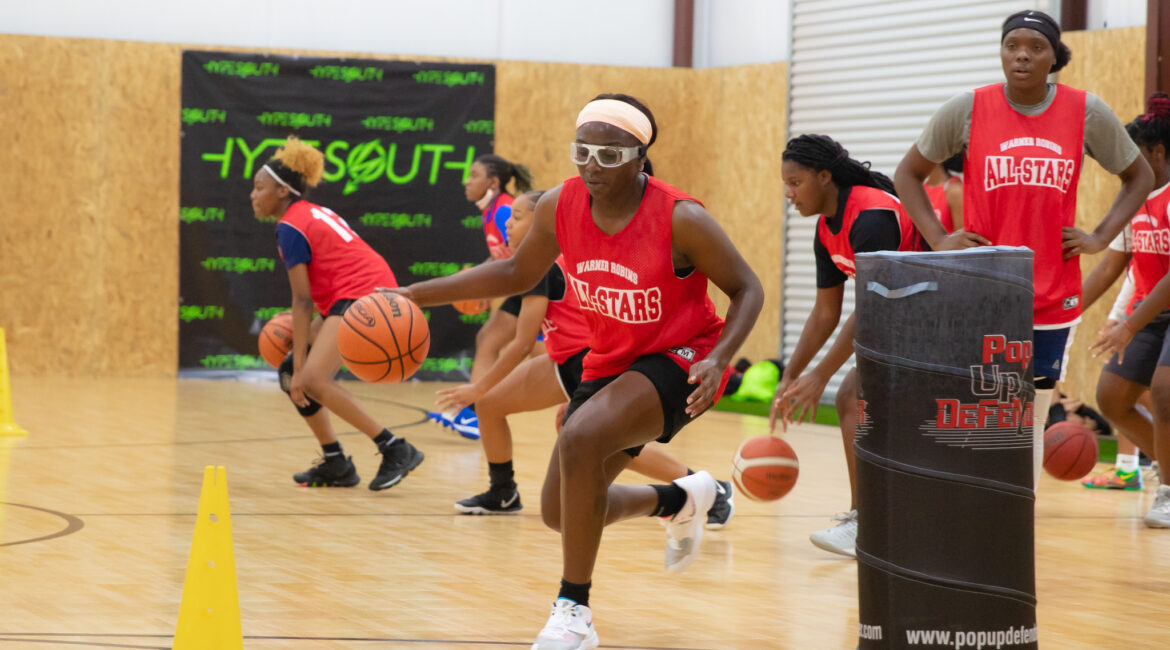 Warner Robins, GA — It was a great Saturday at One Step Away Gymnasium with the Inaugural Open Run Weekend. Middle Georgia and surrounding areas brought together some of the top female hoopers to be showcased in front of college coaches.

Here’s a couple things I learned…

PICKING UP WHERE SHE LEFT OFF

The Southwest-Macon (GA) standout made a name for herself during last year’s GHSA State Playoffs. Stantagious ‘Tan Tan’ Alford put on a show throughout and nailed a Final 4 buzzer beater to lift the Lady Patriots to a state championship appearance. Expect nothing less this year, as the gritty senior will be one of the top players in the peach state. On Saturday, it was business as usual. She was the loudest in the gym communicating with teammates, all over the court defending multiple positions, and just making her presence known. She does a little bit of everything and I highly recommend any collegiate program looking to bolster its roster with an energy player to do its due diligence here.

Alayasia Dixon, Wilcox, 2021: If anyone was trending at the Girl’s Open Run, it was Dixon. The 6-foot post was terrific on the glass and showed a developing back-to-the-basket game. She was one of the most athletic and physically gifted players in attendance and coaches were whispering. Size is always valuable at any level, so don’t be surprised to start seeing some movement in Dixon’s recruitment.

Tamya Blasingame, Lamar County, 2022: She scored at all spots on the floor, played aggressive and strong to the rim finding ways to convert and-1 opportunities. As we dig through Georgia’s 2022 class, she’s a player that we will be following closely this school ball season.

TaNiya Pryor, Central-Macon, 2022 (pictured): A long guard that was at her best when she utilized her length. Pryor looked impressive stretching out scoring over smaller defenders. The junior guard also disrupted defensively with her active hands getting steals and deflections. When she gets stronger and starts finishing through contact at the rim, she’ll become very appealing on the recruiting trail.

Chassidy King, Walnut Grove, 2021: The senior from Walnut Grove was one of my favorite jump shooters on hand. She’ll probably be a specialist at the next level, but her ability to put the ball on the floor and create wasn’t shabby either.

Alexis Williams, Houston County, 2021: Anyone being guarded by Williams had a tough day. Her on-ball defense was tight and spectators could tell she takes pride on that side of the ball. In a camp setting where everyone is looking to be seen on the offensive end, Williams took a different approach and gained attention getting stops.

It normally takes young players a little time to adjust to the high school level, but here are three names I feel have different roads ahead of them and will make immediate impacts.

Alaya Grane, a 2024 guard from Northside-Warner Robins (GA), stole the show at the Open Run. She played with supreme confidence showing off her entire offensive repertoire. She put the ball in the hole at all three levels and looked mature beyond her years. We predict she’ll be a big part of the Lady Eagles plans right off the bat.

I remember seeing 2024 Central-Macon (GA) point guard Taliah Grier for the first time as a sixth grader at our Hypesouth Skillz Camp. She stood out and was ahead of the curve. The south-paw lead guard has continued to progress and gave us a sneak peek at the Open Run showing off her smooth jumpshot and nifty handles. It’s quite possible that the Lady Chargers will turn the keys over to Grier out the gate. 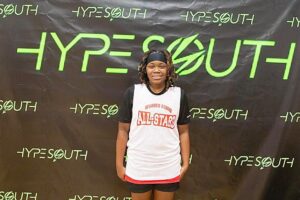 One of the pleasant surprises of the weekend was Warner Robins (GA) 2024 Nevaeh Mack. The 5-foot-5 lead guard had the best court vision of any prospect on hand. She’s still developing as a scorer, but is a naturally gifted passer that knows how to set teammates up. Once she gets valuable game reps and the light clicks all the way on, watch out!