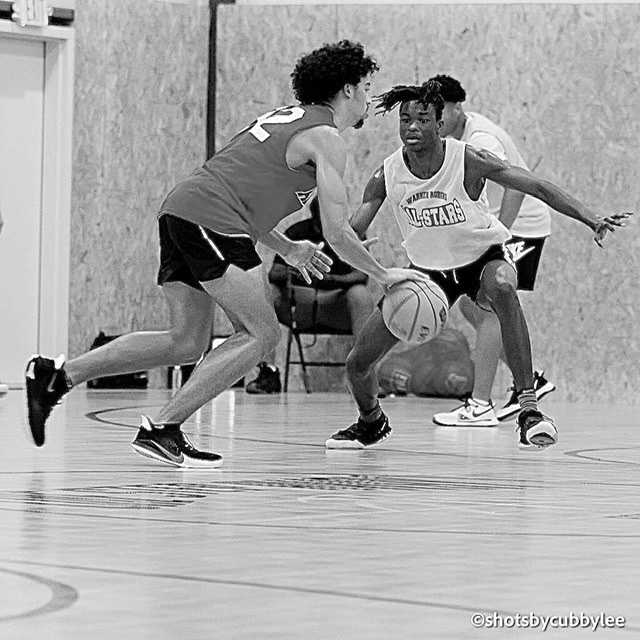 Warner Robins, GA – The Boy’s Open Run on Saturday evening presented a nice mixture of talent, skill, and competitiveness. There was a lot to digest throughout the day as things turned up during gameplay.

HERE ARE A FEW MORE TAKEAWAYS FROM THE EVENT…

I thought Charles Stone was the most locked in defensively during the day. He has consistently taken this approach each time I’ve evaluated him this summer. Coach Allen has a glue guy and a terrific player down at Columbus High School. He makes all the right reads and is a team first player.

I was impressed by Avante Nicholls and his athleticism. The New Creation Christian Academy high-riser played well above the rim and was a blur in transition. Keep an eye out on him running with Infinite Skillz during the summer on the independent level.

Westover point guard Shamir Wingfield is starting to become a popular name in recruiting conversations. He’s a sparkplug that is wired to go. The 6-foot senior was a breath of fresh air displaying traditional floor general qualities. Expect Division II, NAIA, Juco, and Post Grad programs to make this kid a priority soon.

I liked how guys took advantage of the number of college coaches viewing the Live Streamed Event. One guy that made the most of the stage was Northside’s Tre Grane. The 5-foot-11 point guard played his way onto several radars. He controlled pace, got to his sweet spots, and precisely set teammates up for easy buckets. His feel for the game paired with his leadership traits certainly caught the attention of coaches in attendance. Warner Robins senior Rashun Tomlin was one of the best academic wing players at the camp. He shined with his midrange shooting and showed some sneaky athletic ability. Westlake’s Christian Johnson (pictured) is a player that I thought helped his stock tremendously. The big-bodied guard shot it at a high-clip from downtown and punished smaller defenders driving to the basket. His size, physicality, and skillset will definitely open the door for next level opportunities. A couple college coaches were whispering about Douglas County’s Justice Deveone, too.

Every year, we see an underrated player from Middle Georgia create some type of buzz for his recruitment heading into the school ball season. This year it’s Houston County senior Harold ‘HB’ Morgan. I’ve liked him since his freshman year, but he got lost in the shuffle through the years. However, on Saturday he resurfaced in a major way. The 6-foot lead guard played with a confidence level I hadn’t seen in years. I loved his stroke from three-land, shiftiness, and overall swag. HB is back!

Lefty, smooth lefty. That’s the first thing you notice when watching Quentin Hardnett. He was another impressive underclassman on hand. Hardnett showed some encouraging signs knocking down pullup three pointers and handling the ball under pressure. The young guard wasn’t overwhelmed and proved he belonged. I’m anxious to see his progression moving forward. Deangelo Hines was a steady producer and played his role perfectly. He fits the description of a player that just does all the little things and stays within himself.